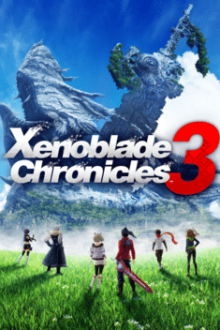 Xenoblade Chronicles 3, like most of the games in the Xenoblade series, can be played on its own without missing too much of the plot. That means that you don’t need to have played Xenoblade or Xenoblade 2 before getting into this one – however, it’s highly recommended that you do, if only to get a feel for the series’ unique gameplay. The Xenoblade series has always distinguished itself from other JRPGs thanks to its massive open areas and its distinctive approach to combat. Unlike other turn-based titles, like Final Fantasy or Persona 5, enemy encounters are always dynamic, with a counter that determines when a character will act next. New to the series is the ability to command each character directly.

One drawback is that there are some levels where repeated guesswork leads to the solution. When I beat these levels, I had no idea what I did or what the key to solving them was. I realize that guessing is not the smartest way to play a difficult puzzle game, but I am sure many players will guess anyway. Another minor drawback is that bonding order is unclear — if you push a molecule next to two things it could bond with, which bonds first? This ends up being relevant in several puzzles, but there is no explanation so you just have to try and see what happens. The difficulty builds up naturally — each new mechanic is introduced on its own, first with simple levels to give you an idea of the basic tricks, and then with harder levels. Then, the different mechanics are brought together in later puzzles. Stopping to think logically through the situation is a must; if you don’t, you get stuck trying things that don’t work over and over, and many levels seem impossible.

The first Xenoblade Chronicles was applauded by some fans for its mixture of somewhat realistic visuals – for the Wii – and anime influences, which resulted in characters that had a unique look to them that few JRPGs replicate. On the contrary, Xenoblade Chronicles 2 went full anime, with some designs that were divisive among fans. The game allows for up to seven party members to participate in battles at once, including the main party of six and one of several different characters that appear over the course of the story. Party members will also gain the ability to change their character class, granting them access to different abilities. Under certain conditions, specific pairs of party members—Noah and Mio; Lanz and Sena; and Eunie and Taion—can utilize the Interlink system to combine into an Ouroboros, a larger form with more powerful moves. 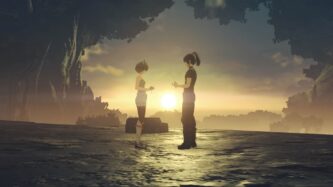 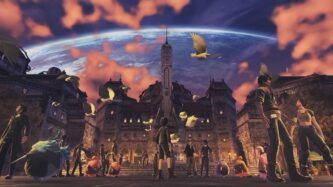