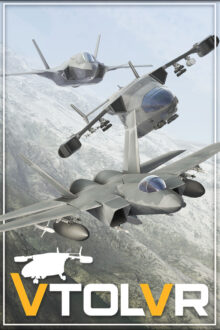 VTOL VR is a near-futuristic combat flight game built specifically for Virtual Reality. Pilot advanced multi-role jets, using your hands to flip switches, press buttons, and manipulate the virtual flight controls. Take on a wide array of challenges that will put your flight skills, situational awareness, and combat tactics to the test. No extra hardware is required. If you have a VR set with tracked controllers, then you have a virtual cockpit where you can reach out and interact with the stick and throttle, flip switches, press buttons, and even pull the eject handle if things go wrong. Immerse yourself in action packed combat missions, delicate vertical landings, aircraft carrier operations, aerial refueling and more. Create and fly custom missions which you can share with other pilots using the built-in mission editor and map editor.

However, speaking of buttons, the game lacks tutorials. There are a few, but they’re fairly basic. Some things were left out. For example, I couldn’t figure out how to get launched off the carrier. I was missing that I had to deploy the “launch bar” or whatever it’s called before I taxied to the catapult. The game didn’t really give me any help with that, as far as I know; I had to go watch YouTube. There were several situations like that. Documentation: needs work. The controls are simplified from a real plane, in case that needed saying. This was a good choice IMHO: I was actually turned off by DCS due to the combination of rough performance in VR and the complexity (read: accuracy) of flight. VTOL VR gives you enough buttons to feel like you’re controlling a plane without actually making you graduate a Navy flight school.

I think I’m developing some sort of stress injury on the wrist of my throttle arm because I’ve played so much for so long in one sitting. Dogfighting, bombing, carrier landings, helicopter—they all work just fine. Pressing buttons in the cockpit feels great. Touching buttons in VR is still a bit fiddly, and I think that’s always going to be the case—no resistance as you push buttons, hand not lining up exactly with where your brain thinks it should be, etc.—so I wouldn’t want to have to manipulate these buttons in a high-pressure situation, particularly not against someone just hitting buttons on a keyboard or HOTAS. But I enjoyed the experience of manipulating the cockpit and found it pretty easy to get the hang of. 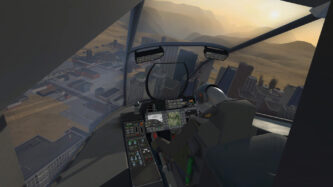 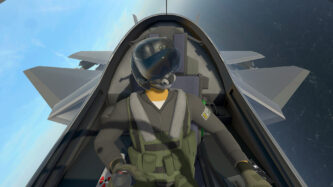 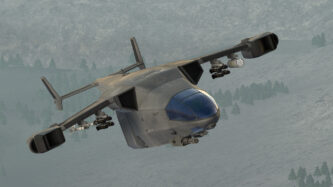 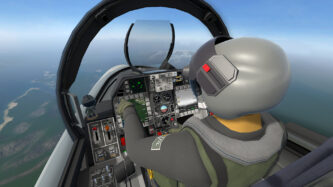