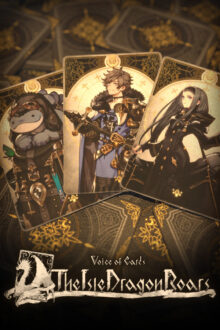 Voice of Cards: The Isle Dragon Roars is an RPG set in a world of swords and sorcery, told entirely through the medium of cards. The story follows a self proclaimed hero as they set off to slay a recently awakened dragon, presented in the manner of a tabletop RPG and playing out through narration from the gamesmaster. Enjoy an all new, yet appealingly nostalgic gaming experience from YOKO TARO (Creative Director), Keiichi Okabe (Music), Kimihiko Fujisaka (Character Design I tend not to write reviews for games I absolutely love, nor ones that make me hate them. Instead it’s the ones that leave me conflicted or frustrated that make me most want to write a review about them. To preface. I loved this game and thoroughly enjoyed it. But I think there’s a certain kind of person you need to be, and the right mindset you need to have to properly enjoy this game. To get to the main point of my thoughts, this game is what might best be described as a ‘fast food’ sort of game. This comparison isn’t perfect, so bear with me. There’s a lot of different fast food restaurants, some worse for you than others. If Call of Duty could be considered the McDonald’s of video games (quick, easy, doesn’t take too much thinking to digest or enjoy), then this game could perhaps be compared to a Wendy’s meal (or some other fast food you find agreeable). Not really spectacular, but pretty good when you have that craving.

Voice of Cards: The Isle Dragon Roars, a game with a terrible-but-fun name, is a generic fantasy JRPG with not much in the way of gameplay twists for the genre, and a story that’s not amazing with some twists that are interesting to think about for a few minutes. This game is not a huge 60 hour completionist JRPG. It’s not even 30 hours. My first playthrough ended at about 14 hours. One thing that might have helped my expectations is that I played a JRPG recently called Radiant Historia. That is a DS (or 3DS Remake) game that is also a generic fantasy RPG, with an interesting twist on combat mechanics and a story about time travel, self-sacrifice and there’s also a thing about royalty being bad maybe? Clocking in at 30 hours, it was as long as it needed to be and I was satisfied when it was done. For clarity, I *am* a completionist sort of person. I’d use similar wording to describe Voice of Cards. It’s as long as it wants to be and doesn’t overstay its welcome. I try not to claim I know developer intentions, but as a writer I experience burnout after working on long projects and want smaller things to work on while being creative. This game comes across as someone who gets tired of working on huge games and wanted something that would be easy to make and play, so one can still be creative without pushing themselves to the limit. That isn’t an excuse for any flaws that might exist, and they do exist, but it is a good reason to explain why the game is the way it is. 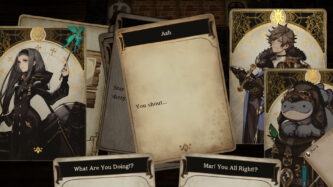 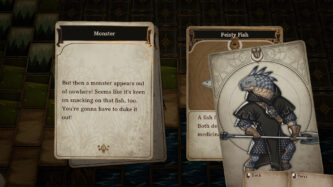 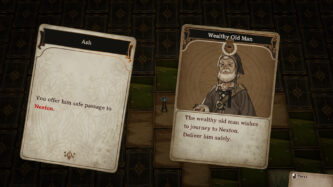 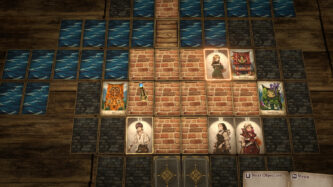 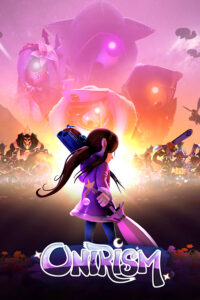