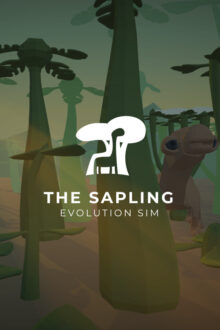 The Sapling Free Download v9.25 PC game in a pre-installed direct link with updates and dlcs, for mac os x dmg from steam-repacks.com Nintendo Switch latest. About The Game The Sapling is a short simulation game where you design your own plants and animals, and put them in a…

The Sapling is a short simulation game where you design your own plants and animals, and put them in a world together. Or you turn on random mutations, and see what evolution does to your ecosystem! Wessel Stoop has wanted to play a simulation game where you can build your own plants and animals, put them in a world, and see what happens since 2002. You can imagine his excitement when Will Wright, the father of simulation games, demoed his latest game Spore to an enthusiastic crowd. When Spore turned out to be all game genres except simulation, Wessel decided he wanted to try to make the game by himself. The Sapling is the result of that attempt.

It’s hard to put into words exactly what I’ve been looking for: something accurate to natural selection, that’s bound to reality, but whose creative control is still front-and-center… Every other game I’ve found over many, many years has either been far too cartoonish/simple or far too complicated (more concerned with fancy terminology than with a smooth, playable experience). Additionally, evolution games either tend to lean too far into known reality, with representations of real species, or depict their organisms as unreadable blobs full of charts but no individuality, or are just plain ugly or uninteresting. Have you ever been disappointed by the Spore creature creator? Loved its system but wished that its traits actually mattered? Wished that you could take the elegance of Spore’s creative freedom and put it into realistic ecological context? Have you ever wanted behavioral control? What about size? Fur, feathers, and scales? Live birth vs eggs? Plants?

Have you ever wanted an evolution game where the creatures can be anything – as close or different from real organisms as you want – while still having every creation be charming in their own way? The sandbox is a load of fun where I get to make my own challenges, but – and this is rare for me – I enjoy the challenge of the “story” mode! The challenges are linear in a way that makes sense. In a way, it feels like both a tutorial for the sandbox, as well as a puzzle mode. In both, I have to think very carefully about both the fundamental AND realized niches of my species. I am appreciative that the sandbox leaves all traits unlocked right from the start. 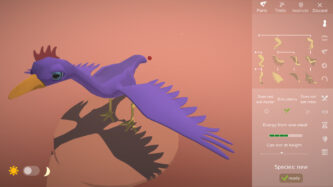 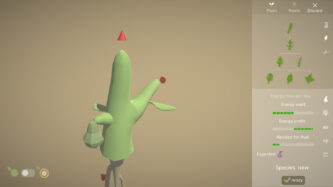 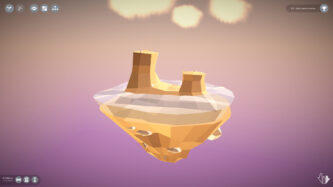 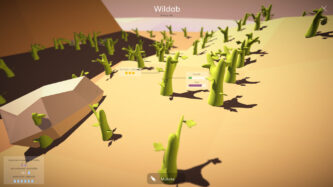