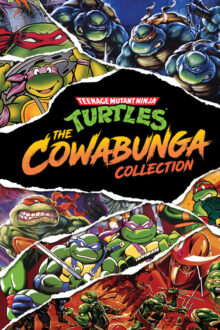 Teenage Mutant Ninja Turtles: The Cowabunga Collection assembles thirteen classic TMNT games by Konami in one incredible package. This collection provides a unique opportunity for gamers to experience these immensely popular and very influential games on Steam and includes a fantastic set of new quality of life features: The games are based on the characters and themes from on the 80’s children’s cartoon and comic book series, The Teenage Mutant Ninja Turtles. The game often takes place in a fictionalized New York city, in the sewers, inside futuristic enemy bases and even across time itself! You’ve got an assortment of titles ranging from platforming action, to arcade beat em ups, a trio of fighting games, and even a very rare metroidvania style game in the mix. The platforms these originally appeared on were the Arcade, NES, Super Nintendo, Genesis, Gameboy, and their Japanese counterparts.

I know it might look like this, but in the case of doubles (or even triples) the games are different enough to really justify them as different entries. There might be added levels in one version, better music and audio in the other, different bosses in both versions, and more. In the case of the 3 Tournament Fighters games, let’s just say we have 3 very different fighting games that all happen to share the same name. No worries. Digital Eclipse brought over a great feature they also used in the SNK 40th Anniversary Collection. A “watch” mode. This essentially lets you watch the entire game in a sort of speed run of sorts from beginning to end. This can be used as either a tool to help you learn some stuff about the game, perhaps a strategy on how to beat a boss maybe, or just to learn the layout of enemies through a level, or maybe just to watch. The other thing it can be used for is to allow you to skip to a certain part of the game, as you can jump in any take over at any time during the watch mode. Yeah, that’s right, you can skip right past that DAM water section in the first TMNT game. Keep in mind, you can not earn achievements for beating any games using this feature however.

The other tool to help out is something that is being used in more and more retro compilations these days: The rewind feature. This allows you to rewind up to 10 seconds of gameplay. Really handy when you want to learn through trial and error on how to overcome something, or just a nice little cheat to help you out in a jam. It does. But only for a few games unfortunately. And more unfortunate, the online is not that great. Hopefully this is something that Digital Eclipse or Konami addresses and works on fixing. And hopefully if enough people voice their feedback maybe we’ll see them adding multiplayer to some of the other games. Well, aside from the games this collection offers one of the biggest museum modes I have ever seen in a compilation. You have high res flattened box scans for all of the console and handheld games, instruction manuals, comic book covers from the Eastman & Laird run up to the newer IDW stuff, magazine ads, old design documents and concept art, and more scans. You also have soundtracks for all of the games, and more goodies. The oddest thing is the inclusion of screenshots of various episodes of the TMNT cartoons. I guess that might appeal to some people, but the rest of the museum for me is where it’s at! I literally spent an hour day 1 just going through exploring the various things, and I go nowhere near seeing it all. 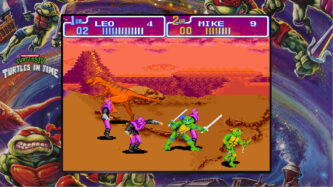 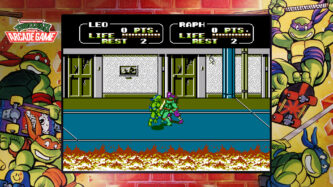 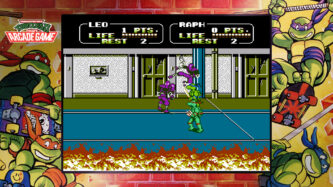 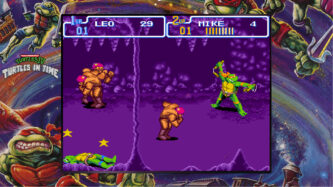