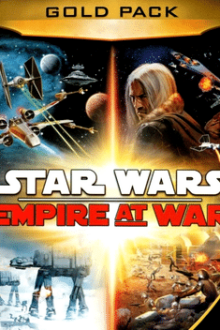 Star Wars Empire at War Gold Pack Direct Download Command or corrupt an entire galaxy in the definitive Star Wars strategy collection. It is a time of galactic civil war. Will you take up the reins of the Rebellion, assume control of the Empire, or rule the Star Wars…

Command or corrupt an entire galaxy in the definitive Star Wars strategy collection. It is a time of galactic civil war. Will you take up the reins of the Rebellion, assume control of the Empire, or rule the Star Wars Underworld? Star Wars Empire at War: From the lives of soldiers to the deaths of planets, you are the supreme galactic commander. It is a time of galactic civil war. Take up the reins of the Rebellion or assume control for the Empire. Whichever you choose, it will be up to YOU to steer your side to ultimate victory. Command everything from individual troops to starships and even the mighty Death Star as you execute campaigns on the ground, in space and across the galaxy. Forget tedious resource gathering – just jump straight into the heart of the action. You can even change Star Wars history! Every decision affects your next battle and every battle helps shape the fate of the galaxy.

Conquer or liberate over 80 ground and space locations including Kashyyyk, Tatooine and Dagobah – each with its own strategic advantage. Command iconic Star Wars characters such as Obi-Wan Kenobi, Luke Skywalker, Darth Vader and Boba Fett. Pit X-wings against TIE fighters or command an entire fleet of Star Destroyers in space. Then send down land forces to secure the planet below. Star Wars® Empire at War™: Forces of Corruption™: You’ve played the light side. You’ve played the dark side. Now play the corrupt side! As Tyber Zann you’ll stop at nothing to become the most notorious criminal leader since Jabba the Hutt. With all new tactics like piracy, kidnapping, racketeering and bribery, you can control the shadowy forces of corruption in your attempt to rule the Star Wars underworld. Don’t just control the galaxy…corrupt it!

All new units and planets: Command over 28 new underworld units as well as new Rebel and Imperial forces and heroes on 13 new planets. Expanded Multiplayer: Experience all out, three-faction battles and now play the same side against itself with mirror play. I have spent years playing this game and will never get old. This is the only review I have ever written for a game on Steam but I’m writing this as a Star Wars fan. If you need to scratch the itch that is getting lost in the Star Wars universe and its depth of lore, this is the game for you. I am of course mostly referring to the Empire at War: Expanded content from CoreyLoses and his team. I have played literally thousands of hours on both Fall of the Republic and Thrawn’s Revenge. This is a better $20 to spend on Star Wars than you ever spent on the sequel trilogy.

This game scratches an itch where you just want to hop in and experience the universe from a birds eye view. A fun pass time is just putting the game on the easiest difficulty and building an overwhelming army in Galactic Conquest, then using it to roam the galaxy annihilating the rebels or empire. The music is all appropriate from the movies, the characters are voiced great, and hidden beneath the fan service is an actually pretty functional RTS. You even get it in two flavors, space and ground battles. The resource management is pretty simplistic though so don’t expect to see anything like building actual functioning bases and moving out like in Age of Empires or Starcraft, more so a squad based arena type battle for each. 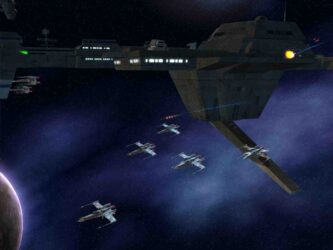 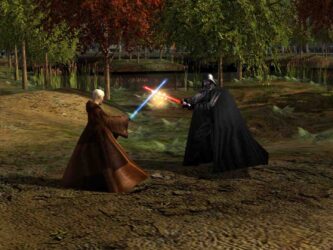 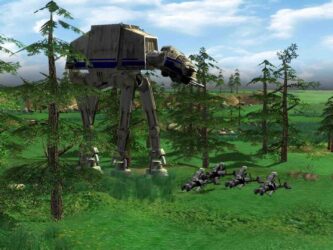 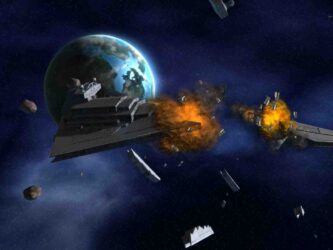