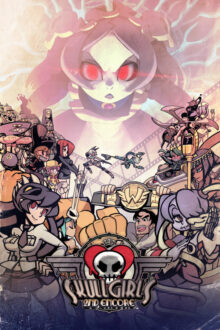 Skullgirls 2nd Encore is a beautiful, fast-paced, and critically acclaimed 2D fighting game that puts players in control of fierce warriors in an extraordinary Dark Deco world. Each of the 14 wildly original characters features unique gameplay mechanics and plenty of personality. Skullgirls is the perfect fighting game for casual and competitive fighting game fans alike. Includes fully voiced story mode, gorgeous animation, and a soundtrack by Michiru Yamane. Play this for the offline. To be completely fair, there is a global Community League going, organized by the developer and it seems rather easy to participate. However: at the moment of writing, a total of 106 players on Steam, divided between 4 regions and without possibility to do a same-search for players in all regions. This also means one can’t be picky about opponents: if you do find an opponent, it may be a big mistmatch, or really bad net connection, or both.

The offline is pretty damn outstanding, though. Beautiful game. Excellent art, really really great soundtrack. Think of this as an epic heavy metal musical… playing a fighting game in the meantime. The characters are pretty diverse and more interesting than in most fighters. The story mode serves as a tutorial to introduce the combat system, the different characters and the lore (lots of lore), and honestly, I wish more games did something like this. Archer girl and tall-hat gnome lady will clean up the whole thing easy (how it should be  Bought this game damn near full price for Vira alone and holy moly I do not regret it one bit. Whilst online is a bit sparse, that’s no surprise as it ain’t got rollback AND its isn’t a mainstream franchise, so niche numbers will stay niche.

Offline is outstanding in near every way, makes me look at Strive and DNF Duel and think what the hell happened there, how are they both newer yet both downgrades. Supers are beautiful, best selection of cast, entertaining intros that make sense, music is phenomenal and the stage transitions cool, love every bit. So many things about this game are great. The lobby system’s great. The character roster’s great. As much as it looks like an anime fighter, there’s no dashing or double jumps; the mechanics are approachable without feeling shallow. It still demands good fundamentals over just spamming skill moves (which are even on a cooldown) such that you can be challenged without just, y’know, getting launched once and losing 80% of your health to a single combo (lookin’ at you, Tekken 7… and that’s not just salt talking. It’s BS when it happens to me. 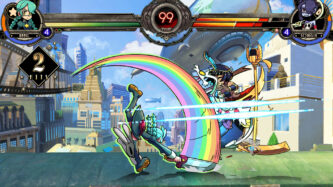 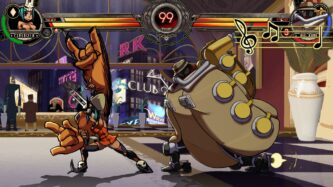 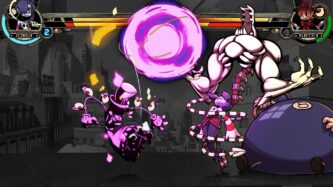