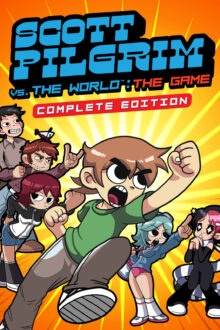 Scott Pilgrim vs. the World: The Game was co-developed by Ubisoft Montreal and Ubisoft Chengdu. The game’s art direction and animation was headed by Paul Robertson, whom the company contacted by e-mail. Robertson had previous experience working on the 5th Cell series Drawn to Life and created Pirate Baby’s Cabana Battle Street Fight 2006, an animated side-scroller game based film. Robertson was responsible for designing and animating the game’s sprites, effects, and other aspects. He felt he had “the most creative control” on any game he has worked on, but that he was still restricted by the source material, pleasing the publishers and producers, and programming limitations.

Chiptune-based pop and rock band Anamanaguchi performed the soundtrack for the game. Bryan Lee O’Malley, Scott Pilgrim series creator, and Edgar Wright, director of the film adaptation, were also involved in development. O’Malley came to Ubisoft and discussed with the development team how the game’s narrative and flow should be handled. He also drew several sketches on which the in-game cutscenes are based. According to O’Malley, he was initially approached by Telltale Games to make a Scott Pilgrim adventure game, but he declined as he could not see it as part of that genre. O’Malley designed the concept moves and specials of the playable characters and bosses. He began this in the Summer of 2009.

Complete Edition includes the remaster of Scott Pilgrim vs. The World™: The Game and its original DLCs: the Knives Chau and Wallace Wells Add-On Packs. Rediscover the beloved 2D arcade-style beat ’em up inspired by the iconic comic book series and movie, Scott Pilgrim vs. The World. Play as your favorite characters – Scott Pilgrim, Ramona Flowers, Knives Chau, Stephen Stills, and more. Level up and learn new awesome abilities, unlock secret items and modes, summon powerful allies, and more! Team up with friends and combine your skills to battle your way through waves of tough enemies, or compete with them in awesome mini-games like Dodgeball, all on your way to defeat the League of Ramona’s Evil Exes! 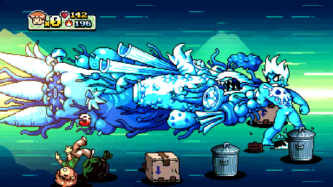 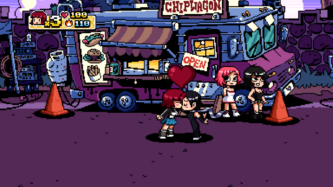 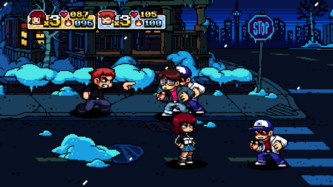 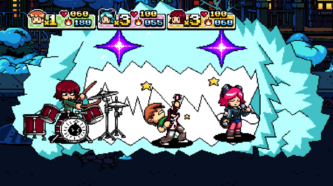