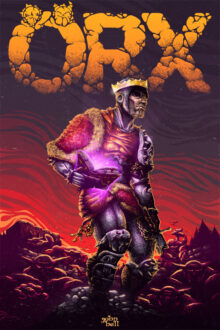 ORX is part-tower defense, part-deck building card game, set in a beautifully drawn world of dark fantasy. Expand your territory, call soldiers to arms and fortify your castle with every card that you play! As you progress through the game’s sprawling Campaign, you’ll unlock new cards for a grand total of more than 300 – all of which can be used to bolster your kingdom’s defenses. And with the powerful items, known as Artifacts, which can be found throughout the world, you can enhance your deck in game-changing ways! Every level, tougher and more relentless enemies will assault your kingdom – and it’s up to you to pick the right strategy and rid your realm of the green-skinned menace once and for all! The power is in your deck – Manage your gold wisely, grow your kingdom with Castles, Farms and Villages – all the while scouting out for Vaults with powerful rewards inside. Play 2 different factions on launch – Each with their own unique set of skills and vastly different gameplay! Play as steadfast Rune Wardens or the more strategical and tactics-oriented Dune Reavers, with more playable factions coming later. 4 hard hitting bosses to conquer – Take down the biggest and baddest to conquer and build across the war-torn lands.

Each boss will greatly challenge your base-building skills! Progression system – As you grow stronger and more skilled, so will your foes – new types of warriors and game modes will join the playing field. Rogue-like style campaign – Four acts, with four different biomes and sub-biomes, and changing day-night cycles! Face over 30 different enemies – Adapt your tactics clashing with vastly varying fiends – from grunts to ORX Heroes, armed with special skills to take down your Castle Advanced difficulty modes – Conquered the Campaign? Take it to the next level with an even bigger challenge – test yourself in Ironman and Hard modes! Share your stats – Compare your bases with other players, with your stats available for viewing and sharing! Take Carcassonne, one of the most well-known tabletop games in the world, mix it with the ever-popular tower defense gameplay, and add the unpredictability of Slay The Spire’s deckbuilding roguelike mechanics – and you’ll get ORX!

Each card costs a certain amount of Gold – and while you earn a set amount of Gold over time, you can build Farms, Villages and other useful locations to increase your income and unlock the full potential of your deck! But remember, gold isn’t the only way to build up your realm – be sure to scout the nearby area for Vaults, containing powerful rewards. But be warned – you only got a short amount of time before your kingdom gets rushed down by hordes of green-skinned monsters, getting angrier and more powerful, wave after wave! Gather the right deck, fortify your defenses, and think on your feet – that’s the key to standing tall against the never-ending hordes of ORX! The deck building aspect provides a lot of variety already. While you can just try to keep a balance in between the needs of economy and combat, there are also a lot of cards that are very situational to be valuable and need good rotation management. Otherwise they are waste of money in the best case, and insta-lose in the worst case. 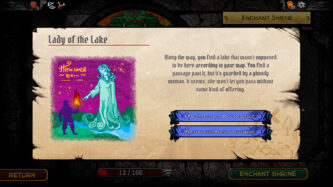 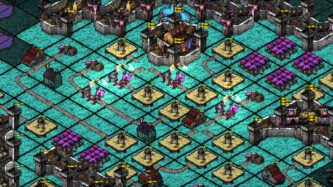 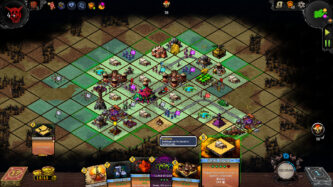 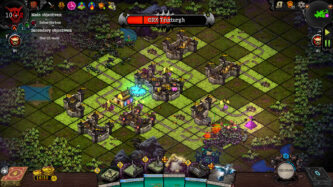