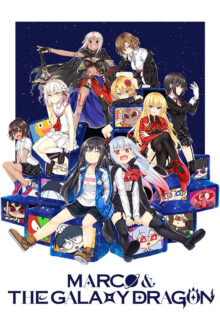 Marco & The Galaxy Dragon opens with introducing our main character, Marco. You see, despite having a boy’s name, Marco is a girl who is traveling around the galaxy. Well, she is stealing treasures to be precise. However, she has a loyal friend, the galaxy dragon who rules the galaxy by her side, along with an emergency ration she found one day and kept by her side for an emergency situation. Although Marco is always hungry, she still didn’t eat it. Anyway, Marco is actually a human who got kidnapped and ended up being far away from home. One day, she decides to look for a special treasure on earth, her home. So, the only thing I knew about Marco & The Galaxy Dragon before playing it was that it’s a rather comedic game and doesn’t contain yuri nor romance in any way. Initially, the name already gives away what this game is about: Well a girl named Marco and the galaxy dragon that follows her around. Honestly, this game literally blew me away by its presentation that I will tell you more about later.. Although I have to say that I cannot decide which part of this game my favorite is since I found the story very charming as well. In the end, this game is so much more than a comedy visual novel and made me feel all sorts of different emotions.

During her treasure hunting, the reader slowly gets to know Marco and her dragon friend better. Marco is a pretty adorable girl, although it doesn’t seem like it at first, so she has no problems making new friends pretty soon while she happens to meet all sorts of different people. My first impression of her was that she is pretty cold and doesn’t want to get close to anyone, yet I was soon proven that I couldn’t be more wrong. I suppose after everything that happened in her past, including losing her family, making it harder for her to properly show her feelings, but that only made her even more adorable when the reader notices that she indeed does care about her friends – even the ones she met recently. I’m not going to lie, Marco & The Galaxy Dragon indeed is hilarious. There are a lot of comedic scenes that made me laugh out loud such as when there are random TV show episodes airing that sometimes discusses offtopic things. Yet, silly moments like these are the ones that made this game utterly entertaining and I couldn’t get enough of them. I found that every single scene, even when they don’t contribute to the main story a lot, made me fall in love with this game more. Of course, it also helped that I liked every character in this game.

Talking about the story, I found that the premise was rather simple: A hero who is trying to save the earth with her friends and a villain who is trying to destroy it. Although the story wasn’t anything special, the story-telling made up for it more than enough. Besides the comedic scenes, which take up most of the game, Marco & The Galaxy Dragon is actually a very touchy and emotional game. And I have to admit that it totally caught me off guard since I wasn’t expecting the story to become serious in the end. In the end, I loved each character so much that I felt devasted when they were struggling. And I couldn’t decide whether I wanted Marco to find her family or stay in the galaxy with her lovely galaxy dragon. Unusual friendships always have been a weakness of me and I always found that it’s one of the most beautiful aspects in every area. Thus, I got slightly confused at first about the relationship between Marco and the galaxy dragon and especially with the emergency ration. The odd thing was for one, that the emergency ration never got eaten and that the mighty galaxy dragon would hang around with a human girl. Slowly, after I got to know the story of how they all met each other, I could finally understand the reason and I liked the oddness in their relationship, yet it isn’t all different from a normal friendship. After all. they all stick together no matter what happens. 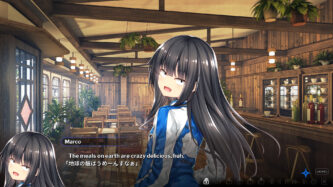 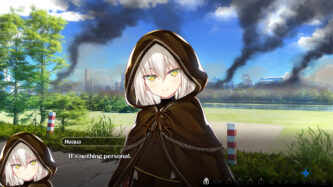 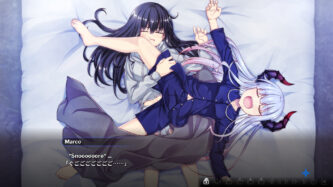 How To Download And Install Marco & The Galaxy Dragon