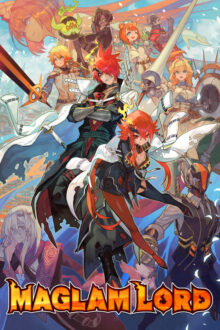 MAGLAM LORD is a vibrant action JRPG straight from the depths of hell! Boasting exploration, real-time combat, weapon crafting and relationship building. MAGLAM LORD is an unexpected combination that truly has no equal. Create your own weapons and fight! Simple and refreshing hack and slash action-RPG!! Experience the high speed action battle by simple game play! Defeat the furious monsters and collect materials to create your own new weapons! It’s not just decorating the weapons! Coordinate battles by decorating your weapons with premium effects!! You can arrange the battles as you wish by decorating the weapons you made! When decorating your weapons, not only the battles become more advantageous, but also the attack effect!!

Great struggle for adventure and “marriage”!? Enjoy the terrifying but exciting royal story filled with character drama and cute love!! The main character wakes up in bed and realizes that he/she suddenly became one of the endangered species. So the key factor in preventing extinction is――”MARRIAGE”!? Enjoy the story of adventure and marriage with the many attractive and loving characters! The visual novel/story aspect is quite enjoyable. The characters are typical anime stuff but done well. Having dialogue options to choose your own anime cliche response is a great aspect. It even gives you a little info on what character will like certain responses or if you’re being “demonic”, “cool” or “funny”. Very much enjoyed this aspect of the game.

The gameplay is a let down though. The field is too zoomed in for how quick you run around and considering you have a separate battle screen I’m not sure why they felt the need to zoom so far in (or make you move as quickly as you do). Being able to pull the camera back a bit further would be ideal. The hit boxes on the weapons feel way too small for trying to get the initiative going into battles. The battles themselves are simplistic which isn’t terrible but it’s stiff and doesn’t flow well. There’s a distinct lack of PC features though. I’m not a stickler for having every option under the sun but having 2 resolution options (720 and 1080) kinda sucks. More importantly though is the locked 30 fps. Not a problem for the visual novel aspect but it’s very noticeable for field/battle movement; which as mentioned isn’t too good already. 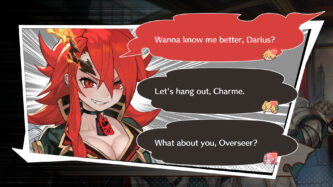 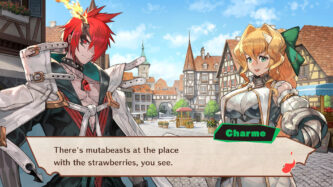 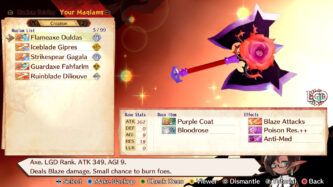 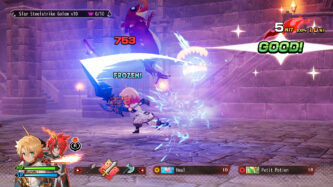