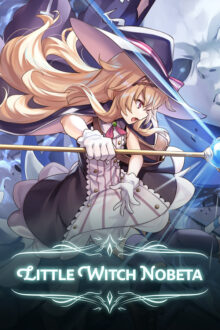 The Little Witch Nobeta is a 3D action shooting game. Players will explore ancient, unknown castles and use different magic elements to fight against the soul! The game uses a comfortable Japanese art style, but the battles are quite challenging despite its cute looks. Underestimating your foes will lead to troublesome encounters. You must discover enemies’ weaknesses and learn the precise time to dodge attacks in order to gain the advantage in combat. Complete plot cutscenes. Moderate puzzle-solving elements. Various combat styles including physical melee attacks and four types of magic: Arcane, Ice, Fire, and Thunder. Each magic spell can either be shot normally, or charged up to unleash a devastating magic trick! Each element has a unique design, allowing players to find one that suits them. Although charging magic spells takes some time, successfully attacking enemies will charge the gauge automatically. Go on the offensive to use powerful magic more often!

The game tells the story in the perspective of Nobeta, a skillful witch who is seeking the truth of her past by descending into the depths of mysterious castle. It’s a simple plot and yet somehow intriguing because of cryptic dialogues and mystery. I enjoy learning a bit of character background and tragic story related to crafted soul. The empathy toward non-living matter is one thing I learn from the story which can be complicated feelings, but still carry sense of comfort and connectedness between characters LWN plays like third-person shooter with some soul-like elements. Player progresses and fights through each area interconnected by small hubs and gate. Defeat enemy to earn soul as upgrade currency and lose some if you die. Exploration rewards shortcut, useful consumable, spell tomes (only way to upgrade elemental spells), and collectable which reveal a piece of backstory of game world. Goddess statue serves as checkpoint, allows player to upgrade stats (pretty straightforward and self-explained), buy items, fast travel, and change Nobeta costume. The world resets and common enemies respawn every time player revisits the statue. This is pretty much soul-like formula if you’re not familiar with this genre.

Your movement and evasion are tied to stamina bar while casting spell is limited to mana gauge in order to prevent player from spamming. You can gain mana back by direct-hit melee, dodging attack, or counter magic (melee attack right before the enemy hits player). It may requires timing and practice for different enemy/boss but the payoff is worth and satisfying. Dodge or melee during casting spell also greatly boosts charge speed which comes in handy when your ability is not fully optimized and timing is crucial. There are also minor features like headshot damage, body part damage (some bosses), and movement tricks allow player to bypass or reach some hidden area. Probably not by intended design, but it’s fun to mess around The combat balance in general is probably the strongest point of the game which keeps me replaying from time to time including aggressive and tricky boss fight. Death penalty might be more generous compared to other soul-like game, but the full release still deliver skill-based and high-risk high-reward combat mechanics. Simple yet engaging. 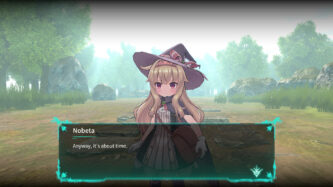 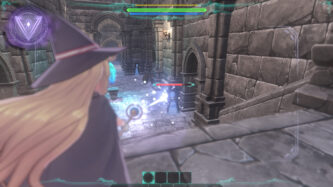 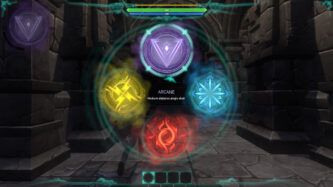 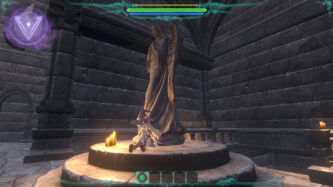