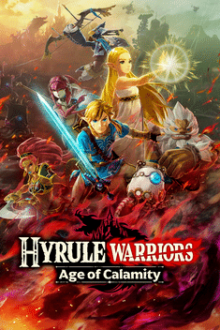 Hyrule Warriors: Age of Calamity[a] is a hack-and-slash video game developed by Omega Force. It was published by Koei Tecmo in Japan and by Nintendo internationally for the Nintendo Switch console in 2020. In the story, set 100 years before the events of The Legend of Zelda: Breath of the Wild Link and Princess Zelda must gather allies across Hyrule to fend off forces led by the evil Calamity Ganon, who is attempting to revive himself and destroy the kingdom. Like the previous Hyrule Warriors game, Age of Calamity mixes the hack-and-slash gameplay of Koei Tecmo’s Dynasty Warriors franchise with the characters, locations, and other elements from Nintendo’s The Legend of Zelda series. The basic gameplay is participating in large-scale battles against enemies, while also completing objectives and taking strategic actions such as capturing bases and commanding troops.

In addition to retaining the combat, material crafting, and weapon-upgrade systems from Hyrule Warriors, the game incorporates environmental puzzle solving and the use of the Sheikah Slate tool and paraglider from Breath of the Wild. Players can upgrade their characters, complete missions and challenges, use resources to access new areas, build weapons, and cook foods that can be used as buffs. Weapons in this game are invulnerable and will not break over time, unlike in Breath of the Wild. The game’s map is similar to the one for Breath of the Wild. Players can choose stages from it and use the Sheikah Tower to explore between regions. The game features 18 playable characters; 14 are obtained via progression in the main story, while four can be unlocked by completing various side quests. Besides the characters, players are also able to control the gigantic Divine Beasts to destroy large numbers of enemies. 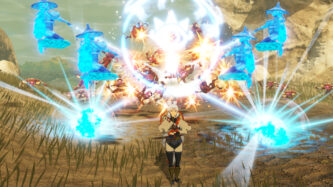 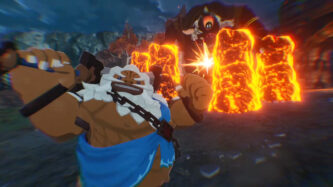 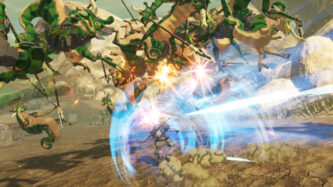 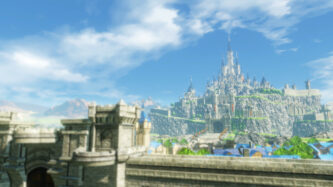