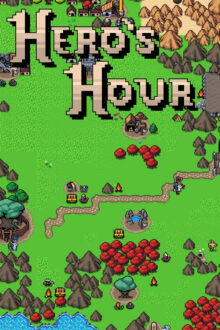 Hero’s Hour is an accessible, yet-deep and content-rich Strategy Roleplaying Game. Take control of your hero, explore the world, build up your town, fight fast-paced battles, level up your hero and amass an army large enough to take out the opponents – before they take you out. While exploring the overworld and developing your town and army are both turn-based, giving you time to think and plan out your next moves, in battles your units will do the best to fight for themselves in real time – all hundreds of them. Cast spells and give attack orders to swing the tide of battle – or just sit back and watch as your might unfolds. Hero’s Hour brings impactful procedural generation to the strategy game formula, ensuring that every time you play, there will be new areas to explore and strange buildings to enhance your hero or army. Seek out obelisks to start you on small procedural quests that send you around the world. You won’t even be able to use the same build order each time you play the same faction.

Played the tutorial and 1 skirmish “Hero of the hour” on easy against 3 opponents. I picked the Order faction. Difficulty and game progression felt exactly like HoMM. Conquering the home region was very easy as the difficulty setting would suggest. After 2 weeks the first enemy entered my region with a sizeable force and better hero than mine. This was the “oh crap, let’s check if I’m below 2 hours to get a refund” moment. Turned out to be not that tough of a fight though and from then on I slowly progressed and captured the other 3 factions by week 8. I get that it can be frustrating when you start on “normal” difficulty and get rekt. But if you lose on easy, then just watch some YouTube videos for god’s sake. Games used to be way more difficult than AAA titles theses days.

AI could get a little more polish, in the 2 hours I played it never retreated once and wiped full armies on walls several times. It should be able to retreat as even in 26 year-old HoMM2 the AI can do it. It also seems to make sub-par decisions like rushing the towns while ignoring nearby threats (but I have not tested higher difficulty settings, maybe it plays a bit smarter on those I feel the game need rebalancing AI and stack of unit because I get rush by the AI and having 3 elite unit or more in week 3. It happen sometime also I feel that AI snow ball so hard to point their no comeback at all. I feel game should call Hero Rush Hour because you have to race the AI not mention multiple for the AI will snowball so hard the you can’t last long. 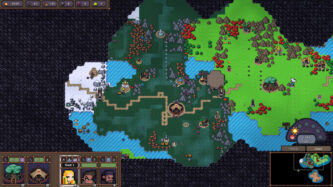 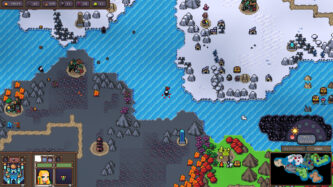 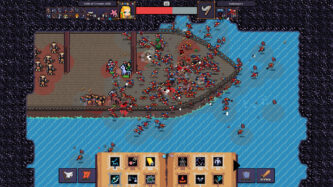 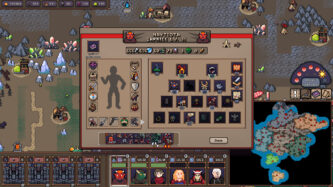