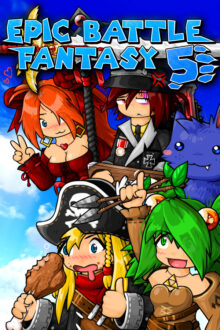 Epic Battle Fantasy 5 is an over-the-top turn-based RPG adventure, full of video game references, juvenile dialogue, and anime fanservice (…and also strategic combat, monster catching, and tons of treasure hunting – if you’re into any of those.) The massive Version 2 update adds new bosses, more dungeons, customizable challenge modes, collectable monster cards, and much more! If you’re new to the series, this is a good place to start, and if you’ve played the other games, there’s plenty of new features for you to explore. Over 200 different enemies to fight, all with unique abilities and attack patterns. Over 120 usable skills, and more equips than you can try out in a single playthrough. Almost any enemy can be captured like a Pok*mon, and later summoned in battle. (including bosses!)New mechanics also include weather conditions and a cooldown system. (MP is gone!) Set up devastating combos with damage-amplifying status effects. (wet + thunder = massive damage!) 30 hours of gameplay, plus lots of optional dungeons and challenges, which can easily double that. Suitable for both casual and hardcore RPG players, and is safe for all ages, if offensive content is disabled.

There’s lots to unpack here, whether it be perfecting each characters’ skills/equips to be able to take on anything, beating all the bosses on the hardest difficulty, collecting all the capturable summons, or whatever you find the most personally interesting, EBF5 has it all in a way no predecessor in the series has quite been able to live up to. Yet it still requires no previous experience with them to stand on its own two feet, having adequate (not egregious) tips as you get started to learn all the new mechanics, and rewards experimentation so you can find a strat you like best (personally I really liked stacking haste gear). The price point is more than fair considering the 100+ hrs of play I was able to derive from this, compounded when you factor in 100% completion, NG+, or custom runs. Kupo really outdid himself with this one,

And is as much a testament to his growth as a developer, as it is his commitment to deliver for his fans. If he chooses to make more, I wish him all the best and will happily support, been here since his Newground days, and what a journey it’s been! Here’s hoping for a playable Phyrnna someday (outside of Bullet Heaven series). Probably my favorite RPG released in the 2010s, and that’s saying something. Simple to understand yet having a high skill ceiling, lots of choices, fantastic graphical style, amazing soundtrack, and a story that’s simple, but does its job. And so much content… The only thing that may be an issue is slowdown since it’s made in Flash which is a notoriously unoptimized engine (pick 1 Player Game and turn off graphical effects if your CPU isn’t that great), but I’m gonna look back at it fondly for years. 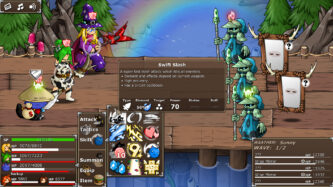 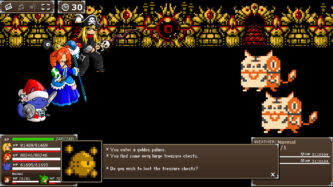 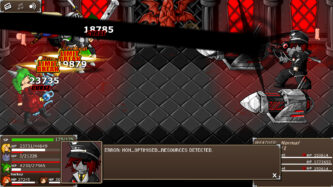 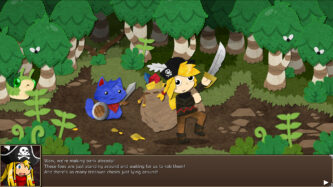