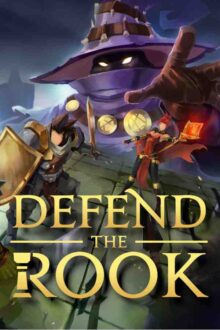 Defend the Rook Direct Download A roguelike tactics board combat combined with tower defense elements. Defeat the invading hordes to stay alive and save the land! Deploy your heroes to outsmart the enemy! Enjoy more tactics than your average TD game, whilst fighting through waves of enemies. Turn the…

A roguelike tactics board combat combined with tower defense elements. Defeat the invading hordes to stay alive and save the land! Deploy your heroes to outsmart the enemy! Enjoy more tactics than your average TD game, whilst fighting through waves of enemies. Turn the tables on the invaders with the aid of devastating spells! Overcome the odds and outsmart the enemy. Build and upgrade your towers to survive the onslaught! To survive you’ll need to utilize more than just your heroes wit and prowess! Careful placement of towers and upgrades will be necessary to ensure victory. Place traps and barricades to defend your castle! Use these wisely to funnel and confuse the invaders. Wreak havoc amongst their ranks and break up their carefully manicured ranks! Become a champion to save the kingdom! Do you have what it takes to save the land? Jump right in and enjoy a set of procedurally generated roguelike turn-based battles like no other! Every battle fought is unique.

This is what I would consider a solid 7/10 game. It’s a simple concept, you get units and you get towers. Tower’s don’t move and use AI targeting, while units you have full control over. After each wave you’ll be presented with one of three options to upgrade one hero. There’s rarity involved so some runs can just be worn with an early high roll. After 4 waves you face a final boss wave which gives a high rarity upgrade. You have a small break to spend xp and gold on upgrading heroes or towers. Each run the “tree” of each unit is randomized, which does keep a freshness to each run. Also with randomizing the spells you start with. This game, for me, is lacking in two areas. Difficulty and hero diversity. As a note, I haven’t unlocked each character. There’s a total of three classes of units, a frontliner, an rogueish character, and a mage. While each unit feels very different from another, the alternatives don’t feel too different from the base. The roguish category suffers from this the least and the mage the most. I personally feel that not dying when killed is just better than four armor is you didn’t move, so there’s also a small lack of balance between the alternatives.

The game is set up in a level-by-level basis, with five waves within each level. The final wave is always a boss wave and they are pretty difficult. I think there are five levels total, but I have yet to beat the fifth level at this time. Even though there is some kind of a story between the levels, I was not paying that much attention to it. I was eager to move forward to the next level usually. The battlefield is set up so that you have the rook, which must stay alive, and also three heroes along with three towers. You can unlock more heroes later by winning levels. The towers can be placed whenever during the level. The towers attack at the beginning of each turn. However, if you lose a tower in a prior wave, you will not have access to the same tower until you complete the level. You can move your heroes around on the map, and they can attack or use items to impede enemy progress. 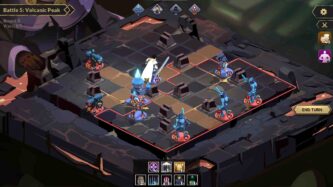 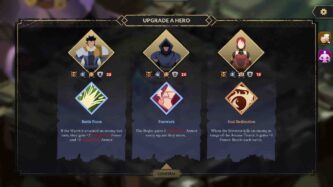 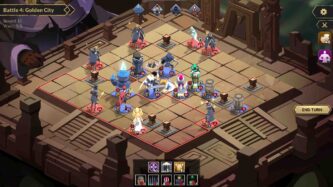 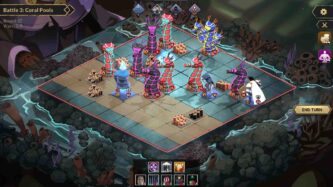