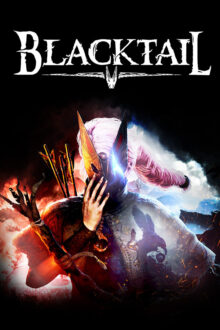 BLACKTAIL Direct Download Become the guardian of the woods or the terror nightmares are made of. Forge the legend of Baba Yaga and live out its origins in BLACKTAIL, a one-of-a-kind blend of intense archery combat, magic and dark storytelling set in a vibrant fairy tale world. You play…

Become the guardian of the woods or the terror nightmares are made of. Forge the legend of Baba Yaga and live out its origins in BLACKTAIL, a one-of-a-kind blend of intense archery combat, magic and dark storytelling set in a vibrant fairy tale world. You play as Yaga, a 16-year-old girl accused of witchcraft and expelled from a medieval Slavic settlement. When living memories of your past return as foul, walking spirits, you are left with no other option than to hunt them down in hopes of unravelling your own mystery. Decide the fate of the land and its inhabitants, witness the impact of your decisions on your skills through BLACKTAIL’s Morality system. Track down elusive spirits with your trusty bow and gauntlet, engage in thrilling boss fights. Craft arrows and potions, hunt wild game, and gather resources to survive in the ominous woods. Find hidden treasures to learn more about your surroundings and history. Collect lost recipes and brew elixirs to improve your abilities and shape your playstyle. I had essentially zero expectations going into BLACKTAIL. A newly formed developer, creating a game based on folklore I am not particularly familiar with, to release at the tail-end of a year with very little in the way of marketing behind it. Thankfully, this game ended up surprising me in almost every facet, and while not all of its ideas work together perfectly, it is nevertheless one of the most unique games I’ve ever had the pleasure of experiencing.

Playing as a young and naïve version of the Baba Yaga character, you’re thrusted into a mysterious fairy-tale-inspired land to uncover lost and repressed memories of your friends and family, and decide how you wish to leave your mark on this unusual world. While I think the narrative is too puzzling for its own good at times, the voice acting is hit-or-miss, and the ending did not feel wholly satisfactory, it was nevertheless a well-told story. It is primarily moved along by the compelling dynamic between Yaga and a disembodied voice, whose intentions for the girl initially seem wicked, but become more complex as the narrative progresses. The standout moments come in the form of beautifully hand-drawn cutscenes that recite Yaga’s memories and segway into short 2D-platforming segments to explore an aspect of her psyche reacting to the memory. They were simple to play, yet phenomenal to observe as you move through them, offering multi-planed environments with an incredible amount of detail which is unlikely to be fully captured on your first experience.

The game’s beauty continues when moving into its open world. BLACKTAIL’s art direction is absolutely gorgeous, with numerous examples of pretty yet unsettling areas spread across the map, supported by an equally eerie original soundtrack. A couple of segments even had my jaw on the floor in awe of what the artists produced for this title. The world is also surprisingly large; each of its four zones introduces you to the area with incredible landscape shots which make you wonder how big its world truly is. And it’s not just for show either; large open spaces containing various threats are interspersed along the main and side quest pathways, and require you to manoeuvre through them with great care to avoid a swift death. 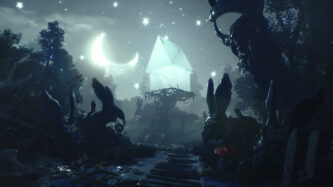 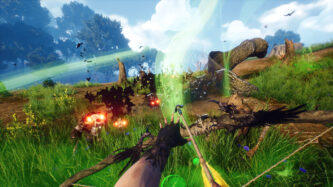 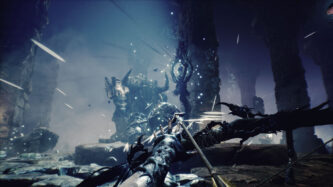 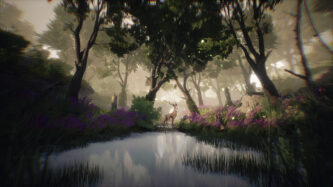