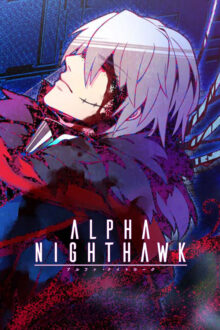 ALPHA-NIGHTHAWK Direct Download Bathed in the light of the moon, a giant rose blooms in full glory. It hangs darkly in the night sky, suspended in space some 380,000 km from Earth. With its true name and nature unknowable, humans have taken to calling it “Consuelo.” In Bayshore Daiba…

Bathed in the light of the moon, a giant rose blooms in full glory. It hangs darkly in the night sky, suspended in space some 380,000 km from Earth. With its true name and nature unknowable, humans have taken to calling it “Consuelo.” In Bayshore Daiba City, life goes on in the Red Zone—a lawless slum sealed off and forsaken since a Thorn impacted the Earth’s surface from space, devastating Tokyo and infesting ground zero with monsters. It is here that STX Space Force pilot Miriya Hakone first encounters one Ichizo Yodaka, a former elite pilot now fighting Consuelo alone from aboard his trusty Battle-SHEEP… Former military and elite Blue Star pilot. His scarred face is discolored by red-black marks. Menacing at first, but caring when least expected. Second to none at engaging with vast sel energy.  Despite once leading his own elite pilot unit, he later deserted for reasons unknown. Now a fugitive escapee based in the Red Zone, he fights on to protect residents from Consuelo with Sura, his “intergalactic pruning” Battle-SHEEP.

A top-scoring STX Space Force pilot, or Silver Star. With dreams of becoming a Battle-SHEEP combat pilot, she feels let down by her own innate lack of sel skills. Average but earnest, she relies on hard work alone. When Ichizo hijacks her electric SHEEP, HAL, she traces his steps to a black-market auction house. Earnest, pure at heart, but largely naive about the world. Has honey-wheat hair and sapphire eyes. Gluttonous, spontaneous, and foul-mouthed to a fault. Seldevice of choice: Handy Chainsaw. Fled Battleship Baobab to be a slum boss in the Red Zone. After Ichizo befriends her, she relocates to Lost Eden, hough she has yet to mend her rough-and-tumble ways. Loved by all as the selfless housemother of Lost Eden. A goddess of domestic chores thanks to deft gadget manipulation. Though a cute pet robot now, she was once an electric SHEEP.

She may be a first-rate mom, but as a SHEEP, she’s scrap metal. Says things like, “My oh my!” in soft-spoken, ladylike tones. I’ve seen Alpha-Nighthawk by Liar-soft and Shiravune written off as a ‘furry’ visual novel. While it does have human/animal hybrids, it’s much more than just that. A Sci-Fi romance set mostly in a lawless slum abandoned by the military, it features mecha battles, powers bordering on the supernatural, a threat to humanity, and much more to make it stand out than anthropomorphic characters. While I do have some issues with the ending, the majority of the story was interesting and I would’ve liked to see more. The banter between characters was often great too. I hope that people don’t continue just to dismiss it as a ‘furry visual novel’ and actually give it a chance. 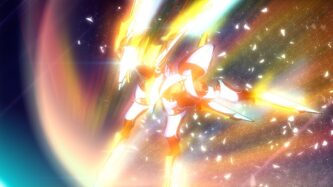 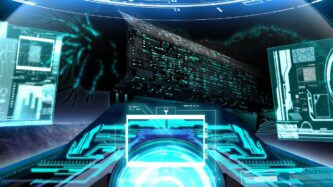 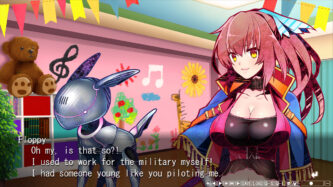 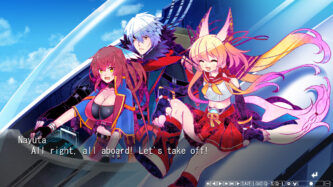